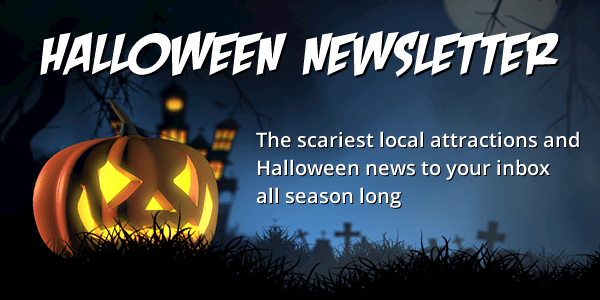 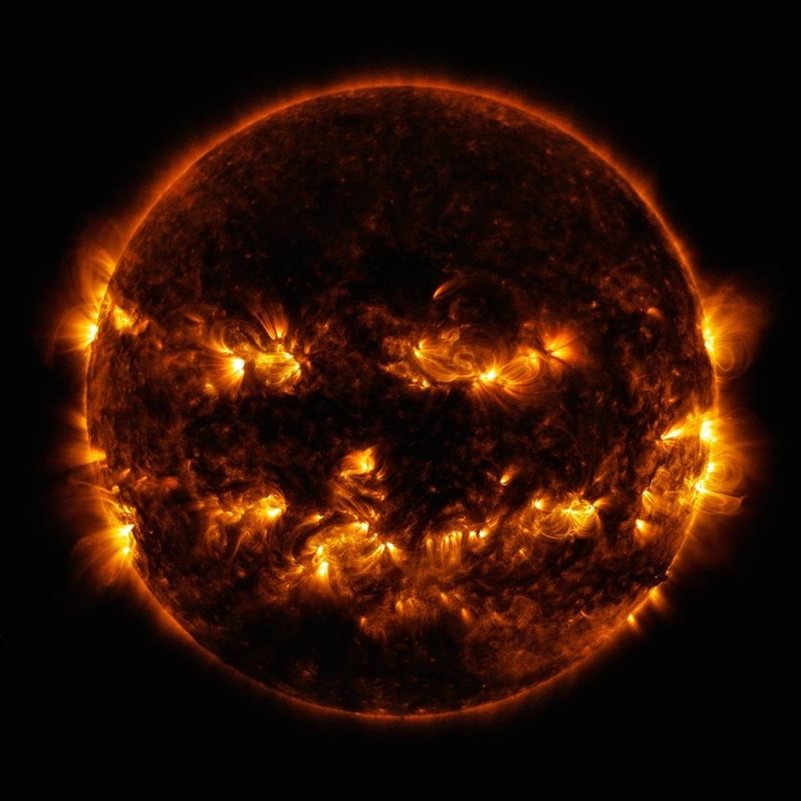 How contagious is the Halloween spirit? Well, when NASA gets in on the fun, you know it's impossible to resist! The NASA Sun Science Facebook page posted a stunning 2014 image yesterday of active regions on the Sun in what can only be described as the biggest jack-o'-lantern in our solar system.

"Active regions on the sun combined to look something like a jack-o-lantern’s face on Oct. 8, 2014. The image was captured by NASA's Solar Dynamics Observatory, or SDO, which watches the sun at all times from its orbit in space.

The active regions in this image appear brighter because those are areas that emit more light and energy.  They are markers of an intense and complex set of magnetic fields hovering in the sun’s atmosphere, the corona. This image blends together two sets of extreme ultraviolet wavelengths at 171 and 193 Ångströms, typically colorized in gold and yellow, to create a particularly Halloween-like appearance."